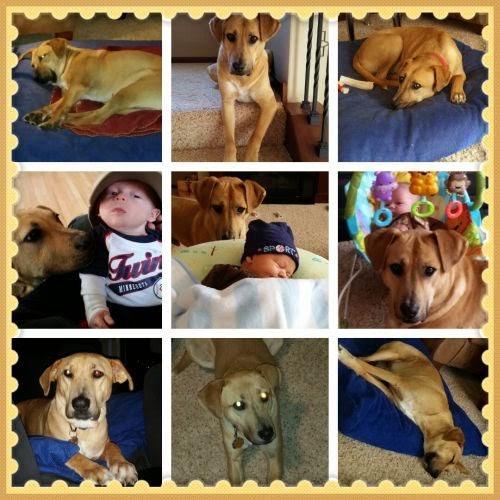 Update Received March 2015: It's been almost a year since we adopted Morris/Murray, and just wanted to let you know he has been doing great.  After the initial shyness, he has really come into his personality.  Loves his walks, bones, racing around the house, and chasing the cats.  We really love that he is protective and interested in our new son,  who is 2 months old. Hope all is well at that there have been many more adoptions in the past year.
Posted by Susan at 6:50 AM