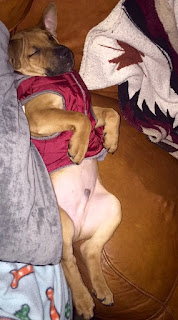 Update received 12/2015: We changed Zac's name to Finn and he is doing wonderful.  We are beyond thrilled!!  Here are some pics that we thought you might enjoy :) 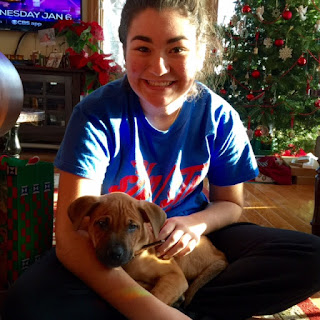 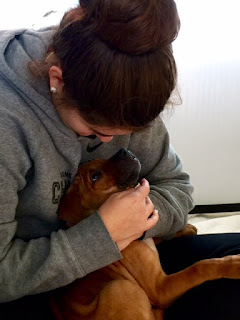 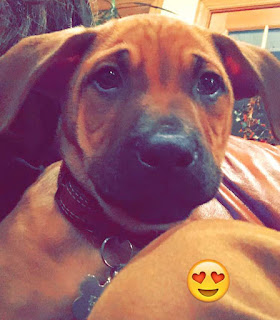 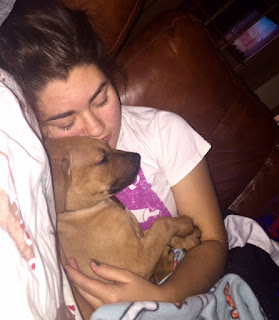 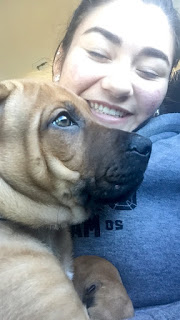 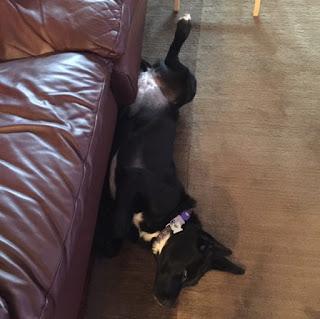 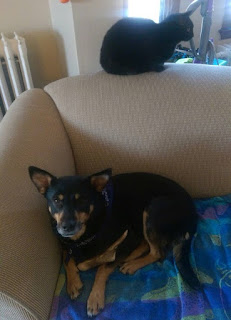 Update Received 12/2015: Thought I'd send an update on Elk, who I adopted as Brenna (Bree) in September. She has been doing very well. She seems like she has really settled in at this point. We weren't sure how she would be with the cat at first, but she does quite an excellent job of being respectful of the cat's space.

We've been going to K9Coach's level one obedience class for the past few weeks and I am thinking we might try their agility class this next summer. We've been working on getting her used to having guests over and so long as she doesn't get nervous she doesn't feel the need to herd and nip at guests around the house. She is also learning to walk on a loose leash and has just gotten the hang of sitting down on walks anytime I stop walking and only needs a few reminders to walk next to me instead of trying to be way in front. In the summer and fall she would run along with my bike in the mornings, (I bought one of the bike leashes that mounts to your seat post so they can't pull you over) but now that it's gotten cold we just do a walk and then games and training in the house before I head to work. After we get some decent snow this winter I plan on getting her a harness and giving Skijoring a try. 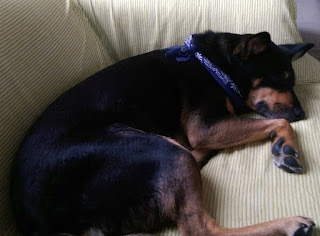 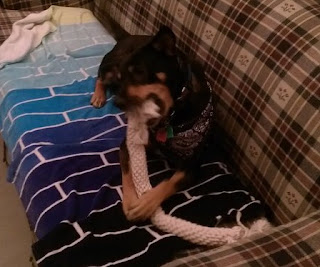 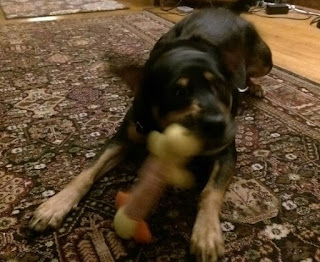 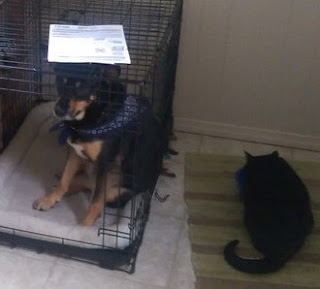 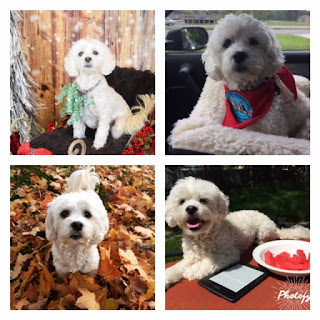 Update received 12/2015: Today marks the 6 year Adoptaversary of Gertrude (aka Roxy) from All Dog Rescue!

I wanted to send a quick note thanking you for all the hard work you do each day. Gert has brought so much joy to my life and is a constant reminder to enjoy the day and live in the present.

I have attached a picture of her and just wanted to say thank you again. 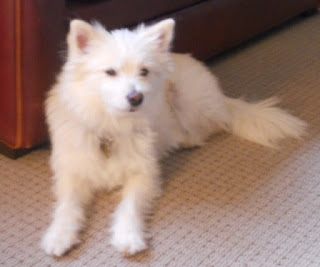 Update received 12/2015: Here are a couple of new photos of Winter - we have renamed her Piper, as everyone loves her and follows her around to play/hold her - she is like a Pied Piper.  She goes where ever she wants to rest or sleep and that is fine with us.  As you know, she is a GREAT dog!  We are so thrilled to have her and feel very fortunate to have her.  Thank you! 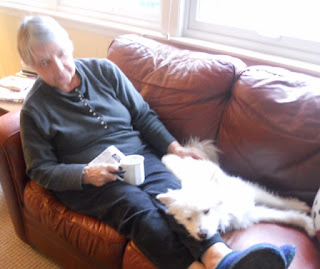 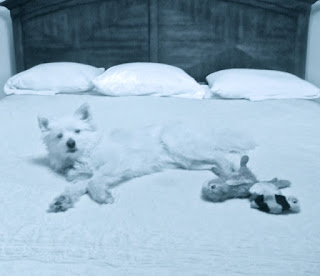 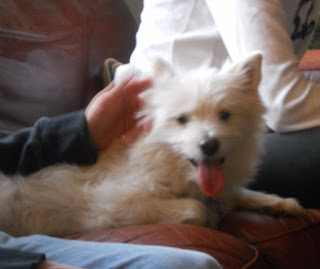 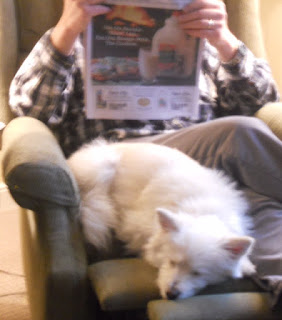 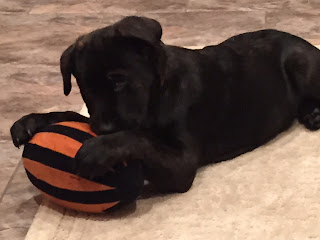 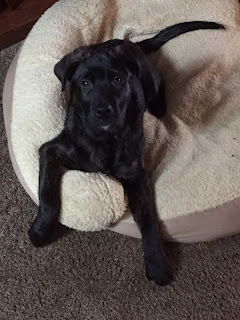 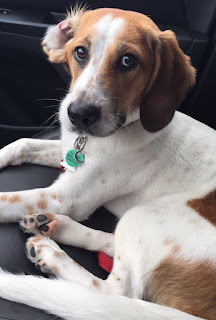 We adopted Huck (formerly known as Pluto) in June 2015. I just wanted to send an update that he is doing well! He's a sweet boy who is getting bigger every day!

He loves:
Car rides
Going to the dog park
Playing catch with his frisbee and tennis ball
Taking naps with a pillow to rest his head on

Thank you All Dog Rescue for helping us find the perfect addition to our family. We love Huck! 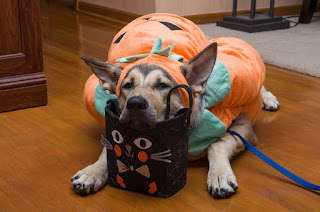 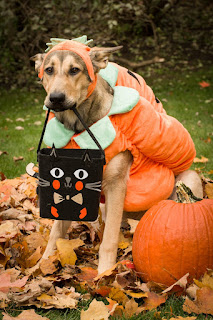 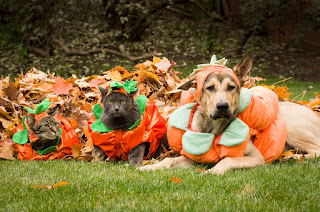 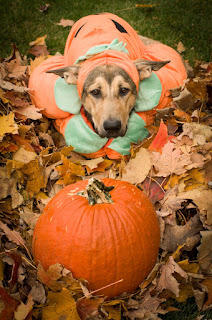 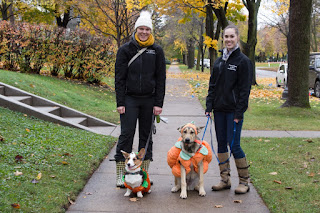 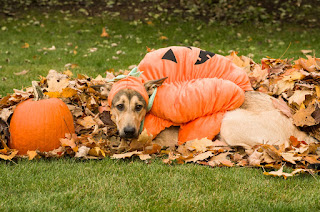 In November 2015 we received these great pictures of Bane! 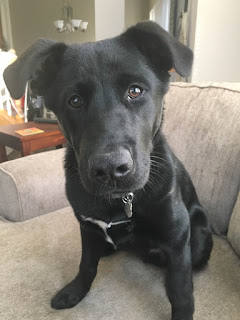 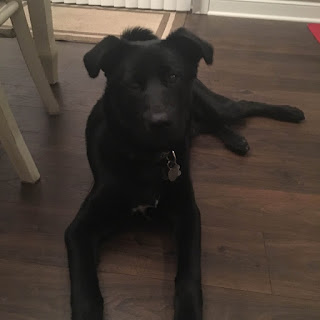