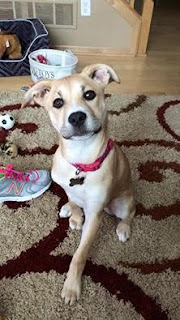 I just wanted to give you another update on Delta.  She is doing WONDERFUL!!  She has an amazing, playful personality and everyone who has met her has instantly fallen in love - dogs and humans!    She LOVES playing with kids, and when she is tired she would actually rather snuggle up with them than me!  I was bypassed for my nephews the other weekend at bedtime! 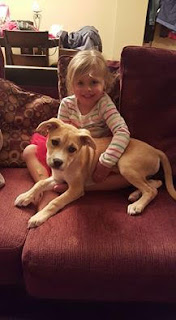 She has gotten the potty training down and we haven't had an accident in weeks!  It's been great.  Still working on the mouthing/nipping, but that's the puppy life!!

She also started her first puppy kindergarten class in January, and we have now moved onto another - Senior puppy kindergarten.  Looking forward to beginner obedience training next, after she gets to be 6 months old!  She is turning out to be a very smart girl. - also a mama's girl, as you can see from some of the pictures.  We have a great bond - maybe she'll even start listening to me at some point! 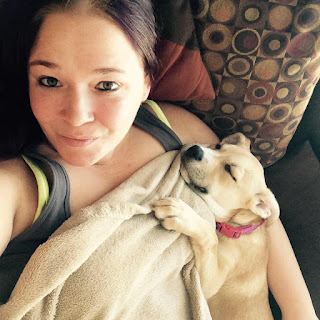 I also caved in and got her DNA tested:  Delta is an American Staffordshire Terrier and Germany Shepherd/American Bulldog mix.  A great mix if you ask me!

Thanks again so much for allowing me to adopt her - she has absolutely completed my life! 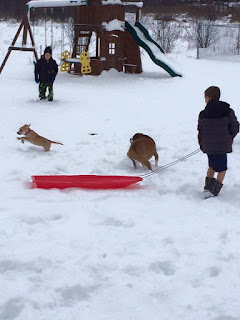 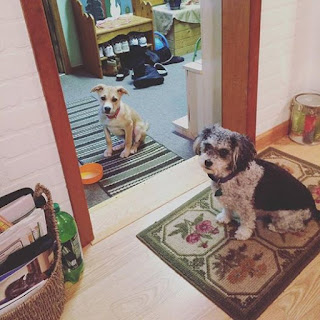 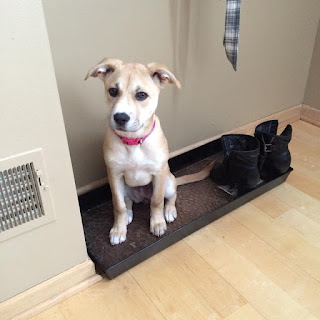